After ending a 12 year losing spell to the Napa High School Grizzlies, the Vintage High School Crushers hope to create a new multi-year winning streak of their own. Undefeated in league play and 7-2 overall, the Crushers are looking to be the favorite to win this week’s match up against the Indians, who are 0-9 on the season. 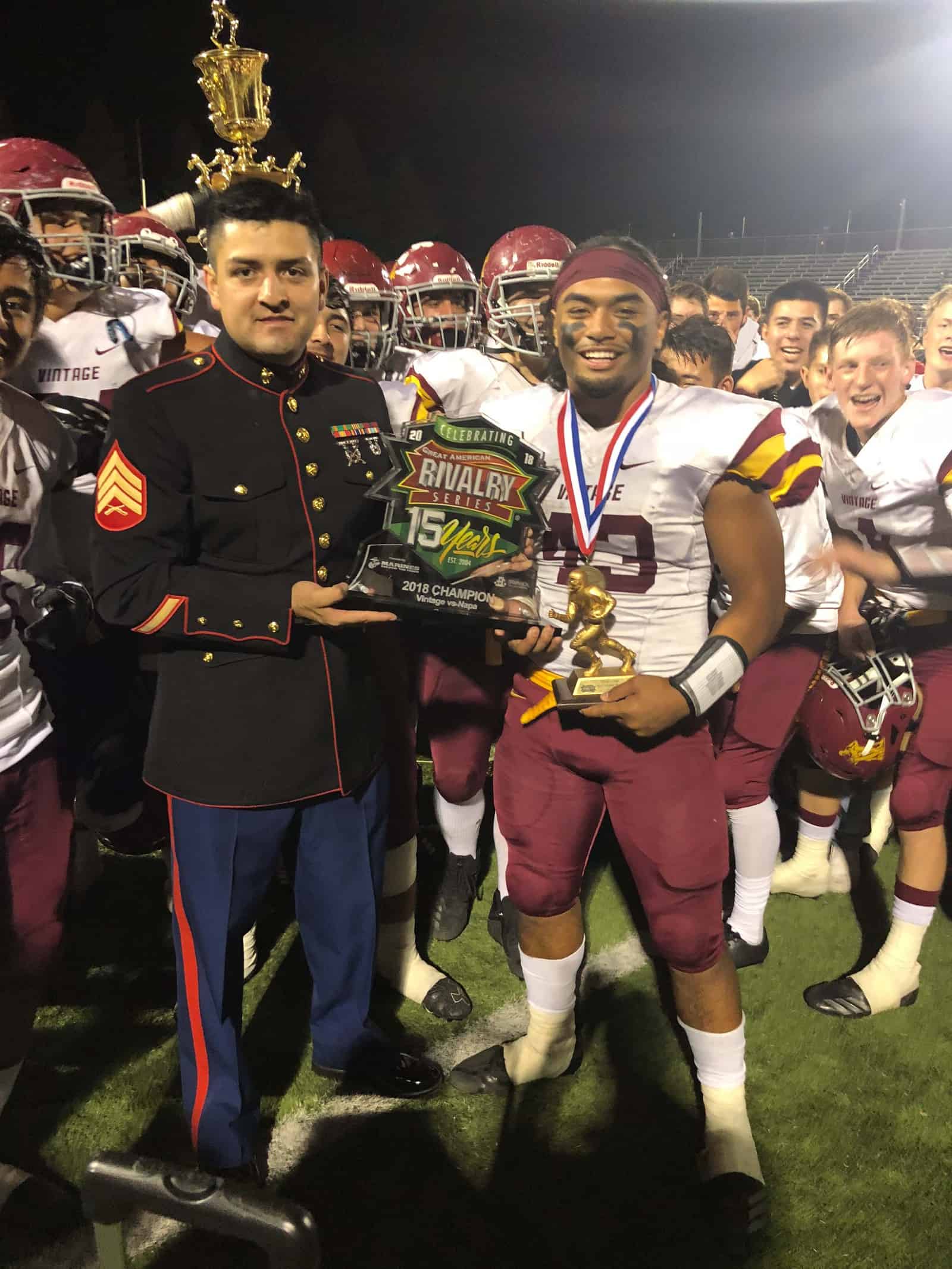 Jordan carries a 3.5 GPA and is the son of Carolyn and George. Jordan has played for the Napa High School Football team for all four years and after school plans to attend Napa Valley College before transferring to UC Berkeley or UC Santa Cruz. Josh carries a 4.33 cumulative GPA and is the son of Vintage alumni, Randy and Nikki Robert. Josh is a two-way starter for the Vintage football team and after high school he plans to attend either UC Santa Cruz or UC Santa Barbara and pursue a degree in chemical engineering. Austin played multiple sports while at Napa High and of the many highlights, Austin was named MVP, MVP of the 2016 American Rivalry Series game and the Napa Valley Register Big Game MVP in 2016. He was also recognized as the MEL Player of the Year and named 3rd team All Section by the Sac Joaquin section. Austin is currently studying Civil Engineering at Cal Poly. David played football, basketball and baseball for the Crushers before graduating in 1988. He was a two-way starter on the football team and won a league and section championship. He was named All-League, All-Section, All-State and All-American, earning a full ride to the University of Washington where his 1991 team won a National Championship.

This one started out close between these two Northern California rivals, but Vintage would eventually assert their dominance and defeat the Grizzlies from Napa 69-14. Early on it was difficult to tell the two teams apart, but Vintage would find their groove before the half and take a 33-14 lead into the break. From there, they absolutely dismantled Napa, finishing them off in quick fashion and winning 69-14.